April 8, 2019 – BERLIN, WISCONSIN – Badger Mining Corporation (BMC) was recognized as the 401(k) Plan Sponsor of the Year at an awards banquet in New York City at the end of March. This national honor, awarded by PLANSPONSOR Magazine, recognizes companies that best “show commitment to their participants’ financial health and retirement success.” As one of four finalists in the asset category of $50 million to $100 million, a representative of BMC was in attendance at the awards dinner, not knowing if the company would take home the top honor.

“To have our plan named the best in the country shows a great deal about Badger Mining and the way its associates are treated,” says Jennifer Johnson, associate development leader at BMC. “Even during tough business cycles, our family ownership has always made it a priority to offer our associates the resources to plan for and ultimately achieve a healthy and solid retirement. With those tools, our 401(k) Team – which includes associates from all corners of the company, our company’s financial retirement advisors, Spectrum Investment Advisors, and our recordkeeper, Fidelity Investments – has developed this exceptional plan over the past several decades.” 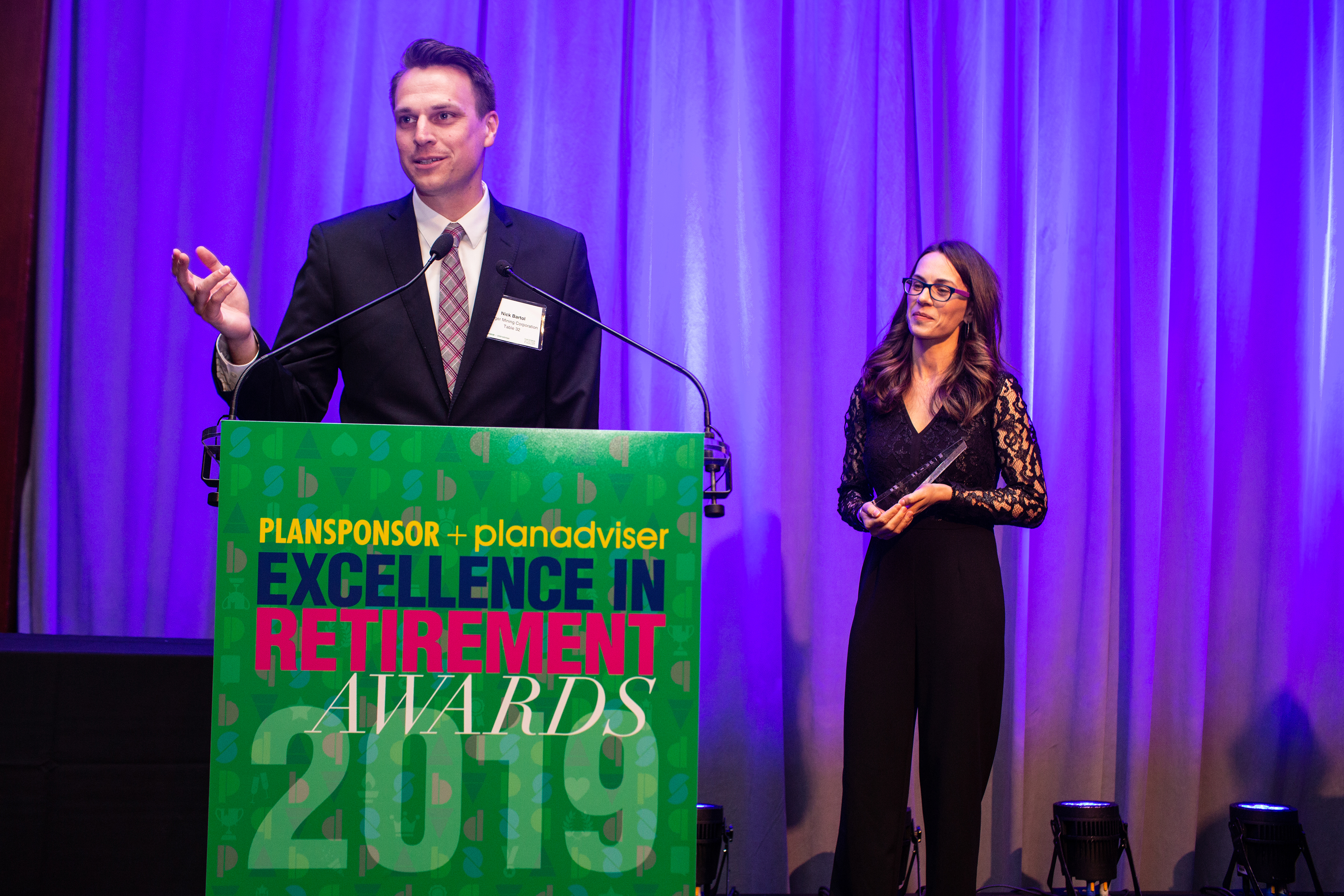 The competition looks at internal metrics in order to select a winner. After elevating such characteristics as the company’s participant rate, average deferral rate, number of participants, and total plan assets, PLANSPONSOR Magazine chooses the best plan in multiple categories and announces the winners at its annual awards dinner.

“We were so proud to nominate Badger Mining Corporation for the Plan Sponsor of the Year Award,” says James Marshall, president of Spectrum Investment Advisors, an investment advisory company that helps BMC evaluate its plan regularly as well as provides financial sessions with each individual associate. “We have the utmost respect for Badger’s entire team.”